Holland Park is characterized by a wide diversity of building façades situated alongside water in combination with green areas. Cooperation with leading Dutch architects and designers has resulted in a rich mixture of building styles, inner courtyards, and design elements in the public space. In addition to well-known names such as Sjoerd Soeters, Karres & Brands landscape architects, Groosman Partners architects, and Geurst & Schulze architects, several young and innovative talents and firms are also participating, thereby ensuring that you will be keeping in step with current residential trends and designs by moving into Holland Park.

Sjoerd Soeters, well known for his designs for the Java Island in Amsterdam and Sluseholmen in Copenhagen, talked about his plans for Holland Park in Diemen. The entire interview is available in the magazine, which you can access by clicking here. Highlights from the interview are given below. 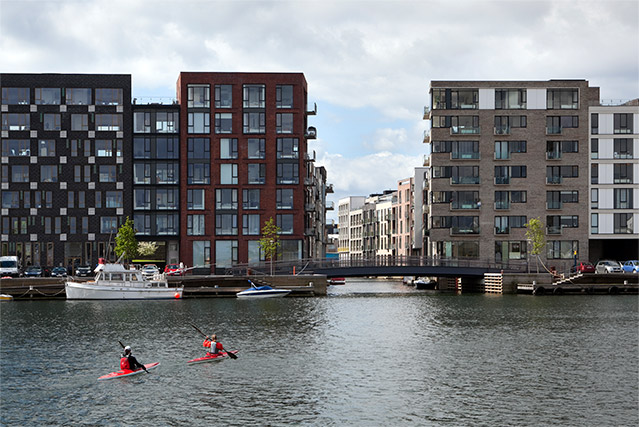 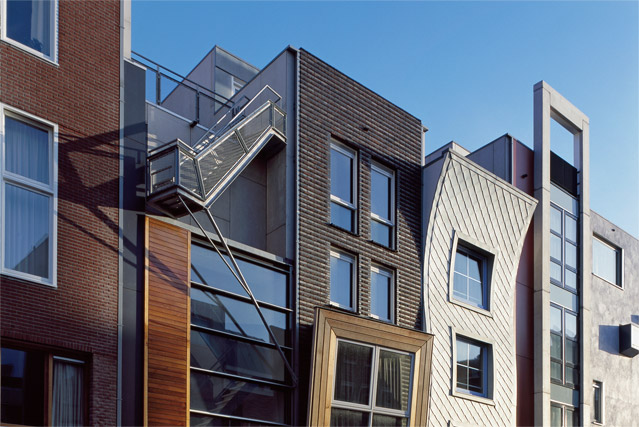 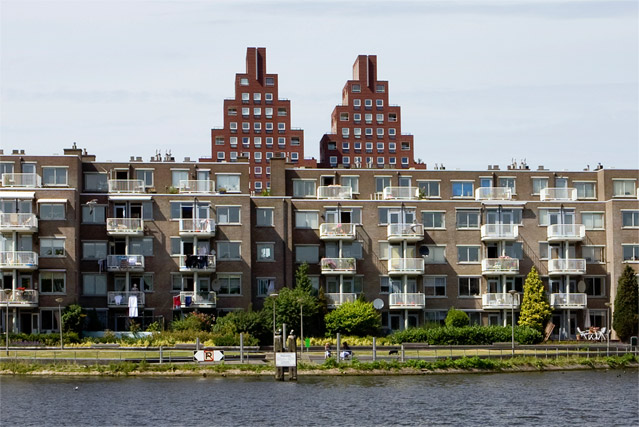 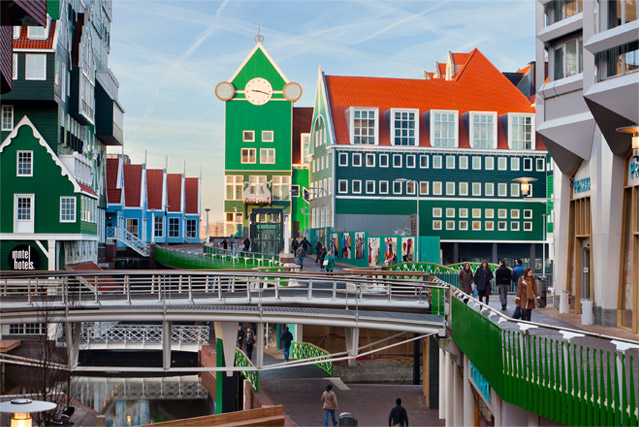 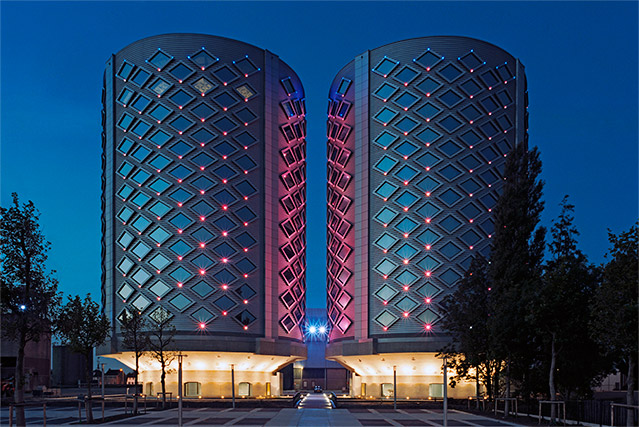 Can you tell us a bit about the rationale behind the design of Holland Park?

André Snippe, the developer, was familiar with our work from Sluseholmen in Copenhagen, a neighbourhood for which my firm provided the design. He was looking for something similar in Diemen. Instead of separate standalone buildings, we made a design based on enclosed building blocks with five or six stories and a high residential density. The apartments look out over the streets and canals in between, thereby promoting safety and security. On the outer edge of the plan area, alongside the metro line, we designed building blocks alongside a canal bank, which are separated from each other by intimate outdoor squares.
In addition, we made sure that the façades of the blocks would not all be exactly in line with each other, but would instead stand at a slightly different angle to each other. As a result, the canals in between are all slightly bent so that each block presents itself only gradually to the viewer. In the middle of the entire area, there will be a square that connects to the Bergwijkpark that will be built. The entire plan was designed from the perspective of the public space. How should the streets be positioned and what is the optimum location in relation to the sun? We also made the public space as small as possible.

Why do you put so much emphasis on narrow streets and intimate squares?

The only way to create socially interactive and dynamic urban environments is to make the public space as small as possible. This maximizes the number of opportunities for residents to actually come across each other. This concept is integrated into all our plans and designs, and it’s also part of this design. It will be an urban environment. The canals are circular, like the canals in the centre of Amsterdam. The sunny side of the canal always consists of a bank or quay, and the buildings on the shaded side are always standing with their feet in the water. The building façades on the outside of the bends are very visible as they are highlighted by the sunlight falling on them. That is also exactly what we did in Sluseholmen. You could say that we have converted the Sluseholmen concept to make it suitable for this location.

Residents park their cars in the garages. Only visitors park on the street. A maximum speed limit of 30 km/h will apply to much of the area. We aim to create a kind of ‘shared space’, a concept which was first established in the Netherlands and only then referred to as such by the British. It means that pedestrians, bicyclists, and drivers all use the same space and take each other into account when doing so.

So there will not be any separate driving lanes?

No, preferably not. Eye contact takes place at low speeds, so that people gesture and wave to each other to make it clear that the other can proceed or simply to say thank you. That’s the way we want it to work there.

In your opinion, what makes a neighbourhood an attractive place to live in?

In the first place, your own apartment has to be in order. The outdoor space needs to be good, you need to be able to enjoy a view of an outdoor area that looks attractive, and you have to see a bit of movement, something happening. When leaving your apartment, you should step into a courtyard, a square, or a street with the feeling that you have actually arrived somewhere. You should come across other people. After all, you don’t want to be the only person on the street, as that doesn’t feel right. You have to be able to go for a walk, with or without a dog. A place where you can have a bite to eat or have a drink should also be within walking distance, and you should be able to meet others there. These are the day-to-day things that actually count. It’s actually not all that difficult.